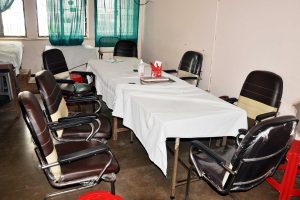 In order to get Medical Protection Act (MPA) implemented in Jharkhand, all Government and private doctors on Monday struck work.

“We have been struggling for the last four years to get the MPA implemented in the State but the Government is not paying attention to our demands. Hence, we have been forced to take such a harsh step to seek attention of this Government so that the act gets implemented in the State as soon as possible. It is a combined alarm being raised by Jharkhand Chapter of IMA and JSHSA,” said JSHSA Secretary Dr Vimlesh Singh.According to Singh, despite the fact that the Act has already been implemented in as many as 18 States of the Country, the government was hesitant to take any move in this regard in Jharkhand.

1.Patients facing problems in their treatment during One Day Strike called up by Doctors (Indian Medical Association) in Ranchi on Monday,Doctors demanding for to implement Medical Protection Act by State Government.

2. Patients queuing in front of RIMS counter during the One Day strike called up by Indian Medical Association (IMA) Doctors demanding for to implement Medical Protection Act by State Government in Ranchi on Monday.