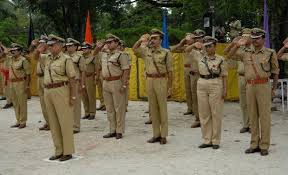 The Raghubar Das government has done what none of its successors did in the past since Jharkhand was created as a separate state in 2000.

.As a result,the family of late police officer, Ram Chandra Ram,who had died on duty on the day of JMM sponsored Jharkhand Bandh is set to get compensation granted by the state government for the family members of the Police/Home Guard/Magistrate/other personnel who had died on duty as a result of the Naxalite violence.

In the past,the compensation comprising job,grants-in-aid,insurance,education,residence and so on was paid only to those Police personnel/Magistrates and other state government personnel who died or got injured on duty as a result of the Naxalite violence and not in the process of maintaining law and order system.

Ram,Officer-in -Charge of Nawadih Police station in Bokaro district,had got injured while maintaining law and order system on the eve of Jharkhand bandh enforced by the Jharkhand Mukti Morcha.Ram had died in hospital on May 14,2016.

Now,as a result of the amended rule of compensation,late police officer’s family will get the compensation from the state government for the first time or maintaining law and order system in Jharkhand.