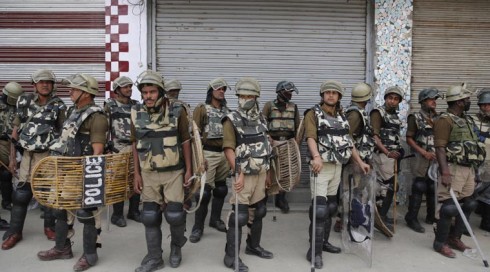 Responding to the decision of the main Opposition party-Jharkhand Mukti Morcha- to call for bandh on May 14 in protest against the BJP government led by Chief Minister Raghubar Das’s domicile policy,the state government has clamped Section 144 in district headquarters across Jharkhand.

In Ranchi,CCTV cameras were installed and security forces were deployed in strength to maintain law and order on the day of the bandh.”We are alert”,said the police on the eve of the bandh in Ranchi.

The decision to call for the bandh was taken by the JMM.It was baked and supported by Opposition parties-Congress,JD(U),RJD,CPI and CPI(M).Even the CPI(ML) had also called for the bandh against the identical demand.

“The rights of the tribals and Moolvasi (indigenous residents) have been snatched in the domicile policy. The BJP government, led by Raghubar Das, has shown a dictatorial attitude. They want to divide people in the name of the domicile policy,”JMM vice president and former CM Hemant Soren said in Dumka.

As per the policy notified last month, any person living in Jharkhand for 30 years will be deemed a ‘Jharkhandi,’ a permanent resident, and receive full benefits of such a status.

Also to be deemed a ‘Jharkhandi’ would be a person born in the state who has passed his class 10 schooling in Jharkhand and a person or their ancestor having figured in the land records.

Though the domicile policy has been opposed by JMM and other opposition parties,none of them had pointed out the ‘shortcoming’ in the policy.However,the BJP leader and former CM Arjun Munda in his letter to the CM had sounded critical about it on two main grounds.

One,in the Scheduled Area of the state where Chotanagpur Lan Tenancy Act 1908 and Santhal Pargana Land Tenancy Act were in force,the violator of these Acts can not be identified as a ‘Jharkhandi’.

Two,the decision of the BJP government to end the system of transferring tribals’ land after giving them compensation in accordance with Scheduled Area Regulation(SAR) courts was not acceptable,said Munda.