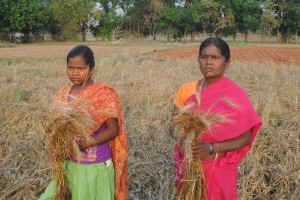 Under the Unorganised Workers Social Security Act, the Union Government spent Rs.5721.42 crore in 2014-15. The Minister of State (Independent Charge) for Labour and Employment Shri Bandaru Dattatreya provided the information to the Rajya Sabha on May 11, 2016 in reply to a question raised by Rajya Sabha Member Parimal Nathwani.

The Minister said that there are 14.43 crore landless agriculture workers in the country as per the Census 2011.This turns out to be 10.68 crore as per Census 2001.

Nathwani wanted to know about the comparative increase in the number of landless agricultural labourers/workers in the country, apart from the details of the schemes run by Government to provide social security to the landless agricultural labourers and unorganised workers in the country including the funds allotted for the purpose, and the details of the other schemes being implemented for the welfare and upliftment of such workers along with the details of workers/ labourers benefited during the said period.

According to the Minister’s statement, in 2014-15 the government spent 5721.42 crore under nine schemes, formulated by the Government to provide social security cover to the unorganized workers.