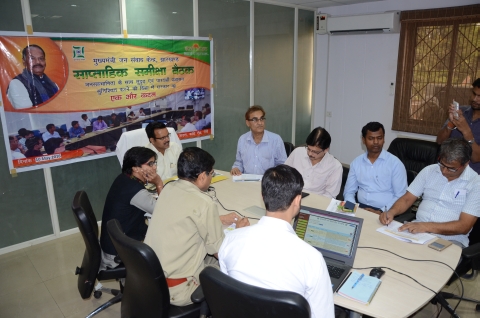 It was the day of action against Dy.Collector Land Reform,West Singhbhum.

In fact,he directed concerned authorities to issue notice asking West Singhbhum Deputy Collector Land Reform to explain why action is not taken against him for not taking disciplinary move against those engineers who were held responsible for constructing poor quality road between Icchagarh and Guibeda in West Singhbhum district under Pradhan Mantri Gramin Sadak Yojna.

Also,Barnwal who directed them to take appropriate action against the engineers as well,told West Singhbhum Deputy Commissioner to set up a committee to get enquired as to why action was not taken against engineers who were held responsible for constructing the rural road with so many ‘lapses’.