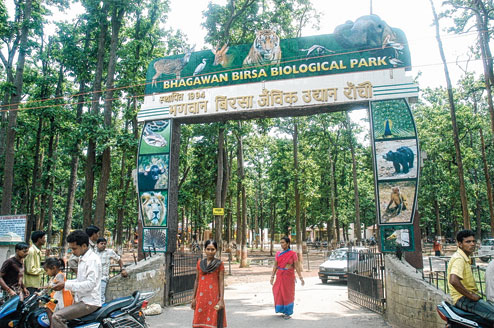 The rich biodiversity of India is facing threat as a result of large-scale man-made landscape modifications and over-exploitation of resources causing loss of degradation of natural ecosystems/habitats.

In Jharkhand 36 animal species and 64 plant species are in endangered category. The Minister of State for Minister of State (Independent Charge) For Environment, Forest and Climate Change Prakash Javadekar provided the information to the Rajya Sabha on May 9, 2016 in reply to a question raised by Rajya Sabha member Parimal Nathwani.

According to the Minister’s statement, the studies conducted by International Union for Conservation of Nature (IUCN) revealed that the number of endangered faunal species has increased by 17 in last two years.

Nathwani had sought to know about increase in the number of endangered species during the last two years, the names of such species with the areas/regions of their habitation, whether wildlife habitats are being destroyed due to mining activities in the country and the special efforts being made by Government to stop/prevent damage/ destruction of wildlife habitats.

The minister said that as per the data available with the Botanical Survey of India (BSI), out of 19156 species of vascular plants (Angiosperms, Gymnosperms, Pteridophytes) so far recorded from the country, 1236 species belong to different threatened categories like Critically Endangered, Endangered, Vulnerable etc. They are threatened due to various anthropogenic and natural factors, he said.