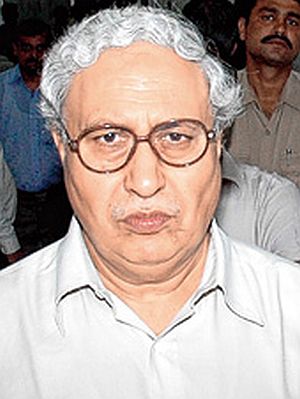 Sharma,a retired IAS officer of 1972 batch,seems to have worked hard and prepared a voluminous draft in the form of “Rules”,”Manuals”and a collection of judicial pronouncements on the Panchayat and Municipal bodies.

This draft adopted in the All India Conference of State Election Commissioners in Ranchi yesterday is to be sent to the Union Ministry of Panchayati Raj for enactment of the “Model Panchayat Election Act.

”The conference was attended among others by the Chief Election Commissioner VS Sampat and 21 Commissioners of as many states including Nagaland,Arunanchal Pradesh,Rajasthan,Bihar,Karnataka and Andhra Pradesh.

As it is,free and fair elections form the foundation of a healthy democracy. The State Election Commission, was set up in every state under Article 243 (K) of the Constitution of India.

In Jharkhand,the Commission, set up on May 10,2001,is a Constitutional body responsible for conducting and supervising elections to the ‘Panchayats’ and Municipalities (in the State of Jharkhand) as referred to under Part IX and IX A of the Constitution. The superintendence, direction and conduct of elections to the local self government institutions are vested with the Commission. The entire election process is guided by the State Legislations on the subject.

Since the state was empowered to enact laws for holding the panchayat and municipal elections,there was no uniformity among them.As such,Sharma prepared the draft,gathered reactions of his counterparts of other states and incorporated the relevant suggestions offered by them in his final draft with an aim to come up with the Model Panchayat Election Act,says Sharma.”We have prepared the draft.Now it is upto the Government of India to act on it.”