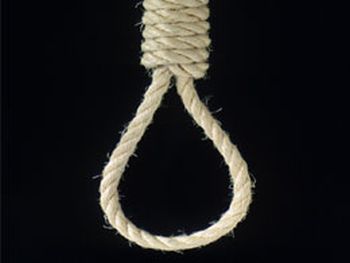 Under trial prisoner Ratan Kumar, accused of killing his wife for dowry, today committed suicide inside Dhanbad jail. The body of this jail bird was found hanging from the ceiling in the bathroom.

“Till dinner last night he was alright. He did not complain of anything. Nobody saw him tense either”,said a senior jail official. He added, “It seems he was under depression for killing his wife for dowry. He might have been implicated in a false case prompting him to take the extreme decision”.

Ratan’s wife’s body was found hanging from a ceiling fan in his Dhanbad based house earlier this week. Ratan was charged with her murder by his in laws.