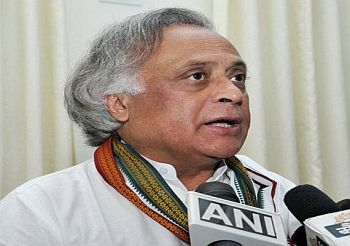 They went to Digha falling under Saranda, Asia’s largest sal forest, hitherto considered a bastion of the CPI(Maoist) cadres. After the security forces established a camp there, the Maoists had reportedly fled from the area . A number of development projects connected with rural roads, culverts, bridges, drinking water, Indira Awas and so on were in the process of implementation there under the SAP.

These senior officials took stock of the development works . “The review meeting was held. Now we have to expedite the process of implementation”, said a senior officer

Their visit gains significance since Ramesh is slated to visit Saranda on May 19.