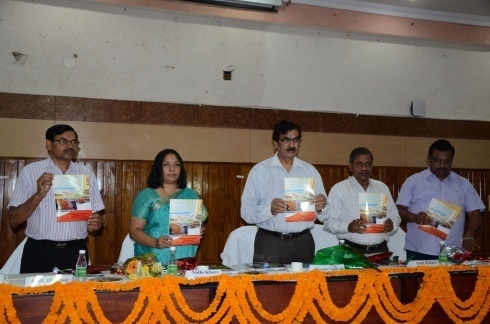 A day before he retires from service on April 30,Sri Krishna Institute of Public Administration Director General Sudhir Prasad today institutionaised a new website of SKIPA.It was inaugurated by Jharkhand Principal Secretary(personnel)Nidhi Khare.

Prasad,an IAS officer of 1981 batch,who was recipient of the prestigious IIT,Kanpur’s distinguished Aluminus Award 2015 under its category ‘Management Excellence,’had a number of achievements during his 35 years of service in Bihar-Jharkhand.

Among these achievements,notable ones were:computerization of the Ranchi district treasury in 1987,construction of hundreds of wells under the govt.scheme which helped farmers shift from cultivating one crop to three crops every year in Ranchi and its adjoin areas and updation of land records in Ranchi district.

Even as Director General of SKIPA,Prasad is learnt to have modernized its functioning by changing utensils of its kitchen,set up computer centres,introduced training services for Class III staff at the district level and trained Class II and Class I officers on a regular basis.

While speaking on the occasion,Prasad said that SKIPA is equipped with modern facilities and it is regularly setting records.Even Khare praised Prasad and said that under his direction,SKIPA has moved forward.