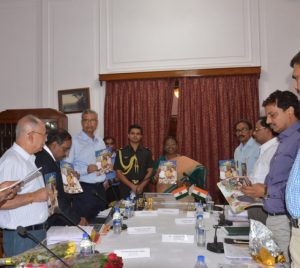 In a meeting with VCs of the state universities today,the Chancellor directed them to get their accounts audited from time to time by the Accountant General and abide by its directives.

Also,the Chancellor directed them to review the report of the AG and follow its guidelines as well as objections raised by it on a regular basis.

“Being the head of University,make efforts to improve the quality of education and ensure that teachers and staff attended duty and followed a time schedule”,said the Chancellor while reviewing the education and administrative works of the state government run universities in Jharkhand inside the Raj Bhawan in Ranchi today.