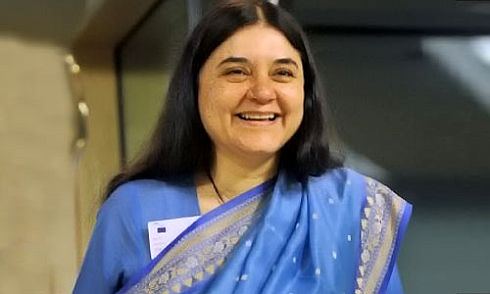 BJP MP and Animal Rights Activist Menka Gandhi has cautioned the consumers of milk and warned the milkman saying they liberally injected the cows with Oxytocin to increase production of milk which has serious dangerous.”It is dangerous for milk consumers”,she said.Menka,who participated in a meeting convened under the banner of Pradeshik Goshala Sangh at hotel Raddison Blu in Ranchi on Monday,said that apart from causing harm to the cows,Oxytocin leaves its impact on the milk.”It is causing cancer”,she said addressing media persons after the meeting ended.”It must be stopped.”

In fact,Oxytocin injection is a sterile aqueous solution of highly purified oxytocic principle derived by synthesis or obtained from the posterior lobe of the pituitary gland of healthy domestic animals used for food by humans.

“Oxytocin also has been shown to exert a milk ejecting effect, occasionally referred to as the galactogogic effect. The actual mechanism by which oxytocin stimulates the release of milk from the mammary glands is not known with certainty, but oxytocin is presumed to act on certain smooth muscle elements in the gland”,states a report on Oxytocin.

Demanding that the law banning slaughter of cows must be enforced strictly.”In large numbers the cows were slaughtered and smuggling of cattle was perpetrated.”The cattles were being smuggled out to Bangladesh.It must be stopped”,she said.