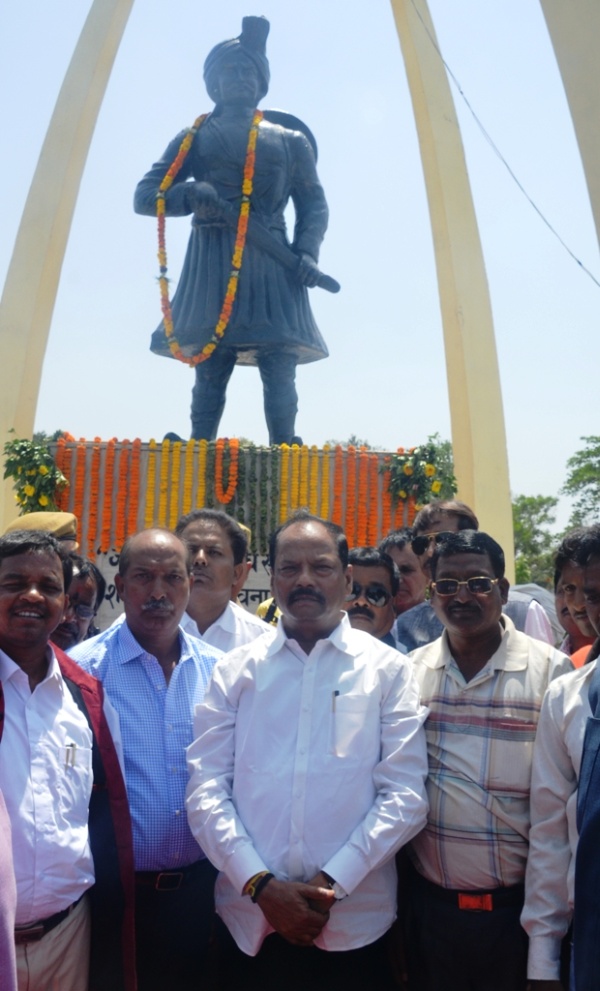 When scores of people including Jharkhand Chief Minister paid tributes to him on his death anniversary today,the life and history of great martyr freedom fighter Thakur Viashwanath Sahdev came to light again.

Though the CM spoke about his past,the work and struggle of Thakur Vishwanath Shahdev were lying scattered around Pitthoriya fort, situated 18 kms from Jharkhand capital Ranchi.

Legend has it that the owner of this fort was the ruler.He was cursed by the martyrs whom he had sent to the gallows by his betrayal. The curse was such that it ensured that his entire dynasty was wiped out and the fort had to suffer fierce bolts of lightning at exactly the same spot,year after year.

History has it that Jharkhand King Jagatpal was popular among the people.This was mainly because he ruled over his kingdom with a sense of benevolence.His son Jaymangal also cared for their welfare.

As a result,the kingdom not only survived,but flourished under their rule with many traders minting money from overseas trade with many countries abroad.

Later,however,this same king,is learnt to have committed such an act of treason that his whole dynasty was wiped out.Records revealed that close to this historic fort at Pitthoriya is a gallows where many youth who rebelled against British rule were hanged.This gallow was located near Shahid Chowk and Zila School,Ranchi.

Records show that Jagatpal Singh sided with the British in the struggle for independence and sent many of his own people to their death.The year was 1831.

This was the time when many parts of Chotanagpur(now South and North Chotanagpur Divisions in Jharkhand) Sindray and Bindray were leading a rebellion against the British who knew nothing of the region’s terrain.This terrain,full of hills and forests,ruled by tribals,who spoke different tribal languageswas,was not known to the British rulers. Officer Wilkinson who was in charge of the operations of the British was not in a position to fight.

Against this backdrop,the British rulers would perhaps never have been able to deal with the rebels if they had not been aided by the king Jagatpal who moved in their favour and aided Wilkinson against the freedom fighters.

Records said that Governor General William Bentinck announced a pension of Rs 313 for the king Jagatpal who was also given the power to hang anyone.Soon,his son Jaymangal followed in his father’s footsteps. The two would inform the British about all the activities of rebels in their kingdom. Inorder to stop the freedom fighters they had imposed a curfew of sorts within the limits of their rule.

Angered by the persecution, Thakur Vishwanath Shahdev, one of the rebels,had once attacked and destroyed a fort in Pitthoriya.Later,Thakur Vishwanath was caught and the king bore witness so that he could be punished.Soon,he was hung from a tree in front of Ranchi district school.The place is today marked with a memorial and has been named Shahid Chowk.

It is said that as Thakur Vishwanath ascended the gallows he cursed Jagatpal for betraying his motherland.He said that the king’s entire dynasty would come to an end and the fort he ruled over would become a ruin and the skies would wreak havoc on it.

Today,Jharkhand Chief Minister Raghubar Das won many hearts when he spoke about Thakur Vishwanath Shahdev who was loved and respected by scores of people in Jharkhand.