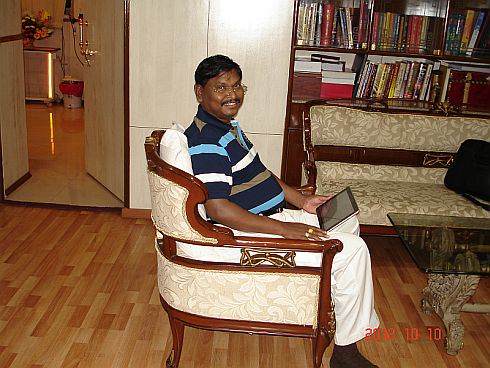 Former chief minister Arjun Munda is puking fire against the Congress and the JMM.After his government was toppled by the JMM leader Hemant Soren last month,he has lambasted these parties a number of times.Also,Munda accused the Congress for hatching conspiracy with the JMM to pull down his government and impose President’s Rule in Jharkhand.

Now,he has charged the Congress party with running the country’s ‘worst’ government.”The government of the country was worse than that of the Jharkhand government”,said former CM while addressing the workers’ meeting of the BJP near Namkom block in Ranchi on Monday.

Reminding the case of an Army soldier whose head was chopped off by the Pakistan Armymen,Munda said that it is an irony that when such a heinous crime was committed,those at the helm of affairs in New Delhi did nothing except condemning it.”No action was taken”,he said.

“In destablising the government,the JMM as well as the Congress had its role.This is evident from the fact that when the government had fallen and no party had staked claim to form an alternative government,the Assembly was not being dissolved”,said the BJP leader.