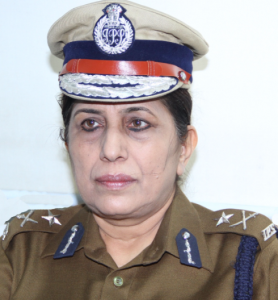 In a move to reform the housing board of the police in Jharkhand,Nirmala Kaur was posted today as chairman of the Jharkhand Police Housing Corporation Ltd.

Nirmala Kaur,1983 batch IPS officer,was in New Delhi on central deputation.After her service was transferred to Jharkhand,the state government posted her as chairman of the JPHCL.