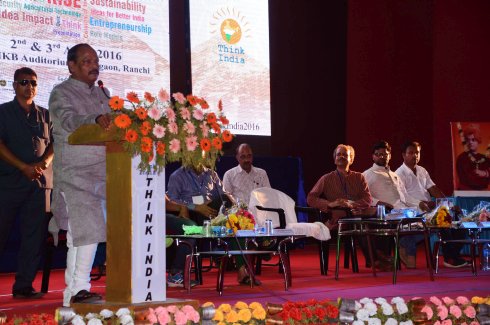 While the PM Modi had launched this ambitious Startup India movement on January 16,aiming to fill up gaps in the economy for the growth and development of Startups and also to boost digital entrepreneurship at the grass roots in 2015,the CM Das followed it up by kick starting ‘Startup Jharkhand’ today with an identical aim.

Stating that Startup Jharkhand is part of Startup India movement,Das says that though the new policy in Jharkhand is not notified till date,the state government is planning to set up Rs 10 crore worth Innovation and Incubation Centre.

In fact,the state government believed that many companies realize that they need to grow faster to meet their shareholders’ expectations and that their core businesses just are’t going to reach those goals in air.

“So,since senior management begins to think of new ways to create growth outside the core organisation,many decide to set up incubator.As such we think the need of the hour was to have a platform-incubator- for innovation and growth of industry”,said a senior officer.

More,Rs 50 crore plan is learnt to have been set aside to promote Start up Jharkhand plan.With the IIM Ahmedabad back up,Innovation Lab is planned to be set up in Ranchi.

“To run it and promote entrepreneurs,the support of experts will be acquired.The students in view of the national interest and its future get attached with it,and over coming the challenge,make the country a super power”,said the CM Raghubar Das while launching the scheme under the banner of ‘Think India 2016 Convention’ at Ram Dayal Munda Art Bhawan in Ranchi.

However,a critic suspects that though by using crores of rupees,building of “Incubator” can be built and ‘commissions’gained quickly by officials and ministers,entrepreneurs may not benefit from it.”This is because the plan is being made overnight without taking support of the qualified and competent experts and entrepreneurs”,said an industrialist.