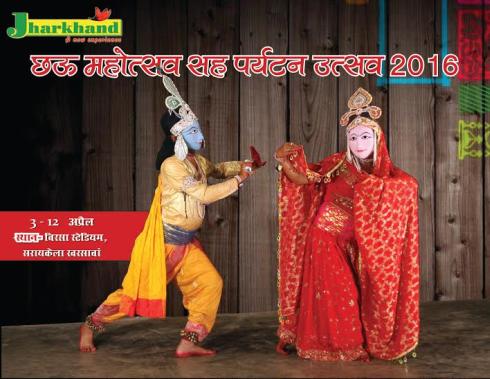 The Chhau dancers from seven states are expected to attend the Chhau Mahotsav in Saraikela-Kharsawan.

Beginning on April 3,the Chhau Mahotsav,organised for the first time by the Jharkhand Tourism Department,is expected to be attended by 15 dancers from Rajasthan,45 from Orissa,20 from Assam,13 from West Bengal,20 from Gujarat and 15 from Maharashtra.They had already informed about their participation.

These dancers were to perform Chhau prevalent in their respective states on April 10-11.During the same period,the dancers from Jharkhand will also perform there.

The preparations to hold the national were on though the Birsa Munda Stadium,the venue of the Chhau Mahotsav,in Saraikela-Kharsawa is already decked up.

The State Chhau Kala Kendra Director Tapan Kumar Patnaik said that the lodging for the artists coming from different states is going be provided at Community centre,Chhau Academy and Lalubabu Tawar in Saraikela-Kharsawan.