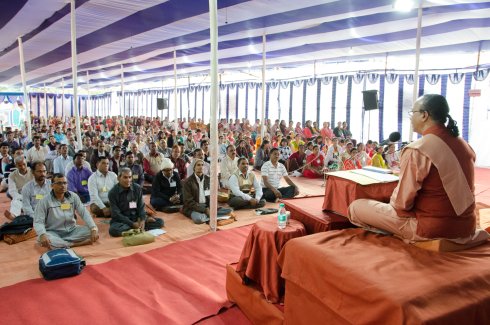 The campaign will be carried out in villages from April 14 to April 24,said a source in the state government.

In fact,since the campaign is being launched on the occasion of the birth anniversary of Dr Bhimrao Ambedkar,Principal Secretary N.N.Sinha on Friday directed all Deputy Commissioners and Divisional Commissioners to make it successful.

As per the schedule,the campaign is slated to begin on the issue of social amity programme.The subject will be ‘Gramodaya Se Bharatodya'(India will rise from village),Sinha told the DCs and Commissioners through video conference.

“Also,village level meetings under the banner of ‘Gram Sabha’ will be held during the campaign period-April 21-24”,said Sinha.