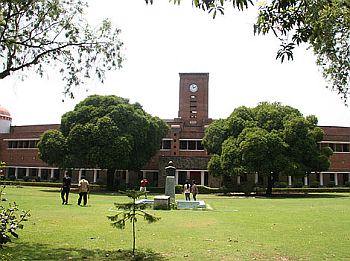 If an internal poll conducted by the students of Shri Ram College of Commerce in Delhi University is to be believed, Gujarat Chief Minister Narendra Modi’spopularity is soaring through the roof in the Capital.

He spoke at SRCC’s fifth Business Conclave today.But he did so only after SRCC students opted to hear him.A majority of students in one of the most sought-after colleges in Delhi had voted for Modi to be the speaker at the conclave this year with Ratan Tata coming a close second.