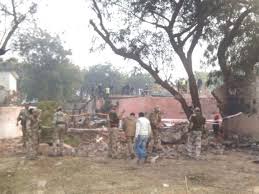 With an aim to enforce accountability,transparency and check illegal withdrawal of fund from the government treasury accounts on March 31,last day of the 2015-16 fiscal year,the state Finance Secretary has set up a team of Flying Squad.

In fact,on the last day of the fiscal year,huge sums of the government fund were withdrawn fraudulently.Which is why perhaps March 31 was widely infamous as the ‘Day of March loot.’

Hence,the move was launched for the first time to contain this financial fraud.And as such,the Flying Squad is planned to operate at divisional headquarters in Jharkhand.

“All treasury offices falling under the Divisional headquarter will be under the surveillance of the Flying Squad officials”,said a report of the state finance department in Ranchi.

The State Plan and Finance Secretary Amit Khare said,the Flying Squad will operate,function and keep vigil over all treasury offices from where the files of the government fund were cleared and withdrawn in Jharkhand till March 31,2016.