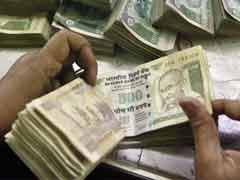 Crime committed in Karnataka by residents of Jharkhand.No joke,four people arrested by the Karnataka police in a case connected with a fake currency racket in Gadag town in Karnataka hail from Sahebgunj district in Jharkhand.

Reports reaching Ranchi from Karnataka indicates that all four accused who hailed from Sahebgunj district in Jharkhand had landed in Gadag during the past less than ten days.

They got caught after they contacted traders and with fake currencies in return for monetary favours in Gadag and the traders suspected them and informed the police.

The Karnataka police took them into custody and recovered fake currencies in the denomination of Rs 1,000 (totaling 354,000) in their possession.

“The police impounded Rs 16,000 cash and 4 mobile phones from the accused. The case has been handed over to the Crime Investigation Department”,said a report.