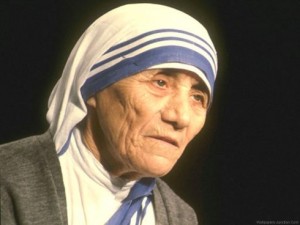 The decision was taken in a meeting of Cardinals held to give the final approval to several sainthood causes.

The decision to make her a saint was cleared the way in December for sainthood for the Nobel peace laureate.It is likely that the Pope may accept the appeals from the Catholic church in India and come to Kolkata for the ceremony.In case,the Pope does not come or,as Vatican may preside over the event in Rome.

In any case,more than 300,000 pilgrims had visited Rome in 2003 for Teresa’s beatification – the first step towards sainthood.Popular across the world,Mother Teresa was awarded the Nobel for her work with the poor, sick, old and lonely in the slums of Kolkata.