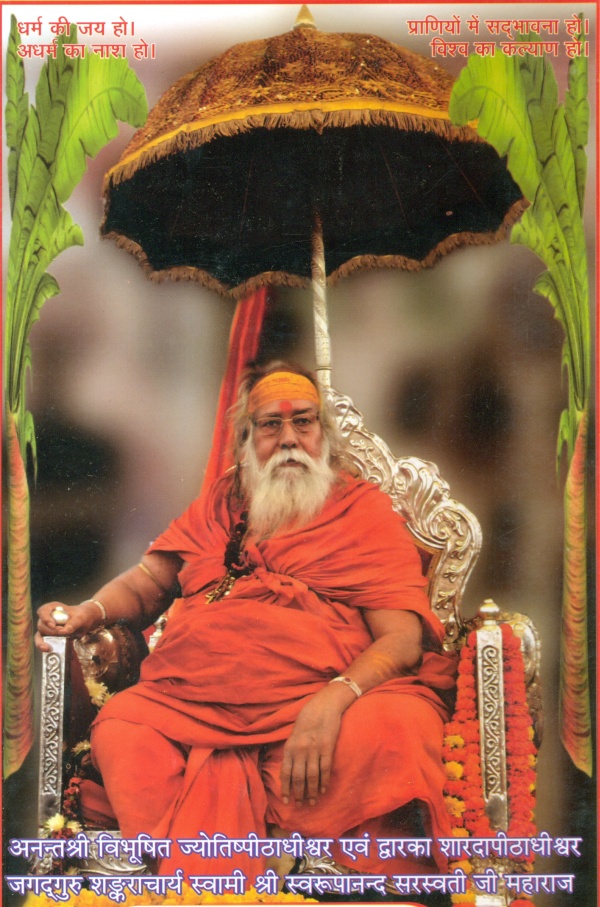 He is scheduled to arrive in Ranchi on March 17 at 1 p.m by the Air India to inaugurate the Shankracharya Ashram near Kharsidag chowk located along the Ring road in Ranchi at 4 p.m.A number of VVIPs belonging to the Hindu community are expected to take part in this programme.He is slated to spend the night at Second Street,Anandpur,Ranchi.

Jagatguru Shankracharya is scheduled to leave Ranchi on March 18 and go to Vishwa Kalayan Ashram,Manoharpur,in West Singhbhum district by road only to stay there till March 23.

As per the report,he will stay at Chaibasa,headquarter of West Singhbhum,till March 25.This means that one of the top Hindu priests will stay there on the Hindus annual festival Holi on March 23 and leave Chaibasa for West Bengal on March 25.