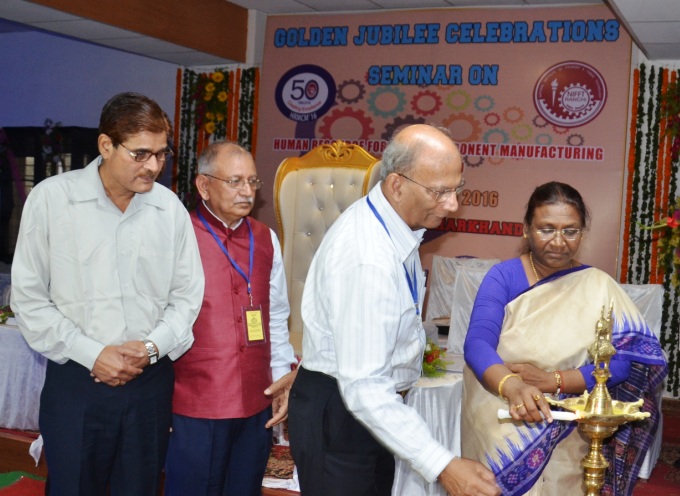 The historic event was marked by a seminar on a current topic- “Human Resource for Metal Component Manufacturing-2016.The seminar was inaugurated by Jharkhand Governor Draupadi Murmu.

Describing NIFFT as one of the premier institutes in India,she said that it was managed by Union Ministry of Human Resource Development.”The institute envisaged by policy makers and developed in collaboration with UNDP-UNESCO catered to the need o technically trained human resources at different levels for manufecturing sectors”,she said adding that it is going to play a pivotal role in promoting the cause of the Make in India initiative launched by Prime Minister Narendra Modi.

She appealed to the ‘bright minds and future technocrats to use their skills and knowledge in such a way that it helps to build a better India,a better society and better world.”

The Governor further appealed to NIFFT students and teachers in these words:”Pick up one live problem from the real world and put your mind and heart together to solve it.All of us should be problem solvers-how-so -ever small the problem may be”,she observed.