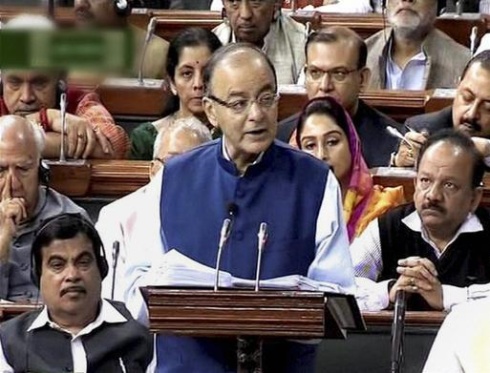 Top functionaries in Jharkhand today greeted the annual Budget 2016 presented on the floor of the Lok Sabha in New Delhi today by the Narendra Modi government.

“Besides, allocation of Rs2,000 for providing LPG to BPL families in the country will not only provide health benefits to the women but also save time. 3,000 new generic medicine shops will be opened”,said Nathwani.

He pointed out that there is provision for electrification of 100% villages by May 2018, which is very important provision for rural community. The budget will encourage entrepreneurs belonging to SC/ST and help in bringing in social equality in the country. The tax relaxation for startups and MSME sector will help in generating more employment opportunities in the country.

Adding further Nathwani said;”The budget will help in bringing back the black money. From financial point of view, the GDP growth is estimated at 7.6% which is higher than many other countries in the world. The consumer inflation is expected to remain at 5.4%.

The fiscal deficit has come down from $18 billion to $14 billion and is expected to remain at 1.4% of GDP which is also a good sign. As a part of tax reforms, 13 Cess have been abolished. The foreign exchange in the country stands at $350 billion. Overall, the finance minister has focused on agriculture and rural social sector which reflects the government’s confidence that Indian Economy is robust.”