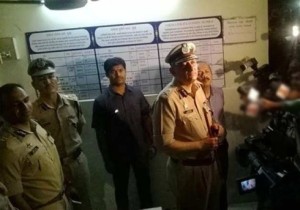 Reports reaching Ranchi indicate that Mahipal,who worked as a barber used his INSAS rifle to shoot Sanjay,who was a driver, at around 12.30 p.m.and then pulled the trigger shooting himself dead inside a CRPF camp in Kone area of Latehar district.

A senior CRPF officer said that a court of inquiry was ordered to find the reasons responsible for the fight.”We suspect this case to be that of fratricide”,he said.

Incidentally,both Mahipal and sanjay belonged to the 214th battalion of the CRPF deployed in the area for anti-Naxal operations and other security duties.