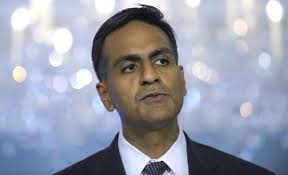 On his first visit to Jharkhand capital,the Ambassador Verma is slated to hold a meeting with select local business leaders to learn about the economic scenario in Jharkhand at a program organized by Indian Chamber of Commerce (ICC).

After the closed door meeting, the Ambassador will be available for a group photo with the business leaders,said a press release issued by U.S.Consulate Media.