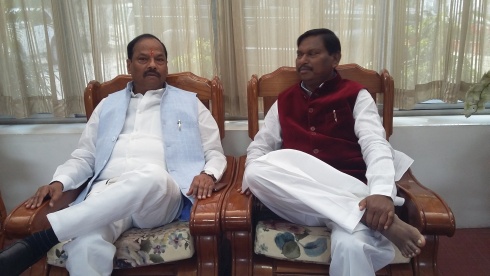 When two of them met,they discussed issues connected with the need to form Committees on the government’s 20-Point programme in Jharkhand.

They were Chief Minister Raghubar Das and former Chief Minister Arjun Munda.”Though their meeting was unofficial,they discussed many issues in the interest of the State”,said a senior BJP leader.

‘Mundaji requested the CM to form Committees for the government’s 20-Point Programme.This will the state government establish connectivity with the people”,said Munda.

Though the response of the CM was not known,former CM is learnt to have advised the CM to make use of the experience of the party leaders by appointing them as members and or office bearers of the 20-Point Programme.