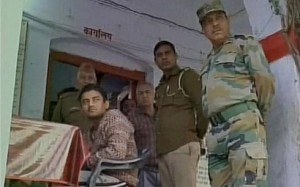 The body of an Army jawan, who was missing since February 10, was found at Mahiyarpur village under Manihari police station in Katihar district today.

Police recovered the body on the information of local villagers.The deceased was identified as Manjeet (30), a resident of Gurdaspur in Punjab on the basis of his identity card. Police have aslo recovered a mobile phone from his pocket.

The body, which bore bullet injury marks had been sent for the post mortem.