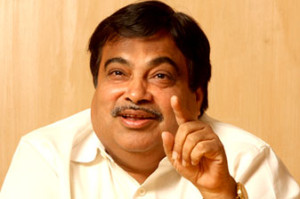 The Union Government has decided to increase the length of national highways from 96,000 km to two lakh km in an effort to decongest traffic in the country, Union Minister for Road Transport and Highways and Shipping Nitin Gadkari said today.

“Three lakh people get injured and 1.5 lakh are killed in these accidents. The main reason is traffic congestion. Therefore, to save lives of people and diversify traffic, our government has decided to extend national highways, added Gadkari.