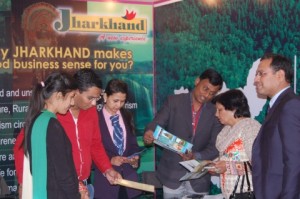 That attempt to promote tourism in Jharkhand became evident today in Chandigarh where Jharkhand has set up a stall at India Travel Mart-2016.

India Travel Mart- Chandigarh 2016 is the India’s one of the prominent International Travel & Tourism Mart.Jharkhand has set up its stall showing it has high quality religious and echo friendly tourist sites such as Netarhat,Palamau Tiger Reserve,and so on.

In fact, India Travel Mart (ITM) brings people together to promote Inbound, Outbound and Domestic Tourism in unique style. The show which will open on February 6,was made public today in Chandigarh, India.

The exhibitors of the show will get a unique scope for the business promotion in the global market.