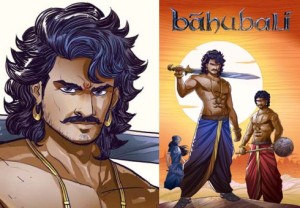 Arka Mediaworks and acclaimed filmmaker SS Rajamouli has announced a partnership with leading character entertainment company, Graphic India to take epic the blockbuster film ‘Baahubali: The Beginning’, beloved by millions of fans across the country, beyond movies into original comic books, novels, animation and video games.

Graphic India has currently in production a number of digital comics and mobile shorts which will be released later this year.