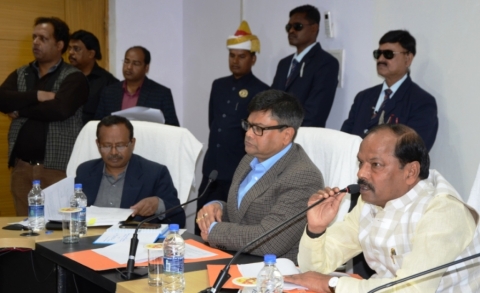 ‘Do good work and set record so that future remembers you’,opined Jharkhand Chief Minister Raghubar Das today while talking to the state government officials during his programme ‘Jansambad’ through video conference at the Suchna Bhawan in Ranchi today.

The CM said;”The Deputy Commissioners and other officers in districcts should work in such a manner that they create a record which is remembered by the people even when they are gtransferred from there”,said the CM.

Das,who pointed out that more than 25,000 compalints were pending for disposal,praised Hazaribagh Deputy Commissioner whose work had made the prime Minister Narendra Modi accknowledge it and helped Hazaribagh administration gain 9001 ISO certificate.