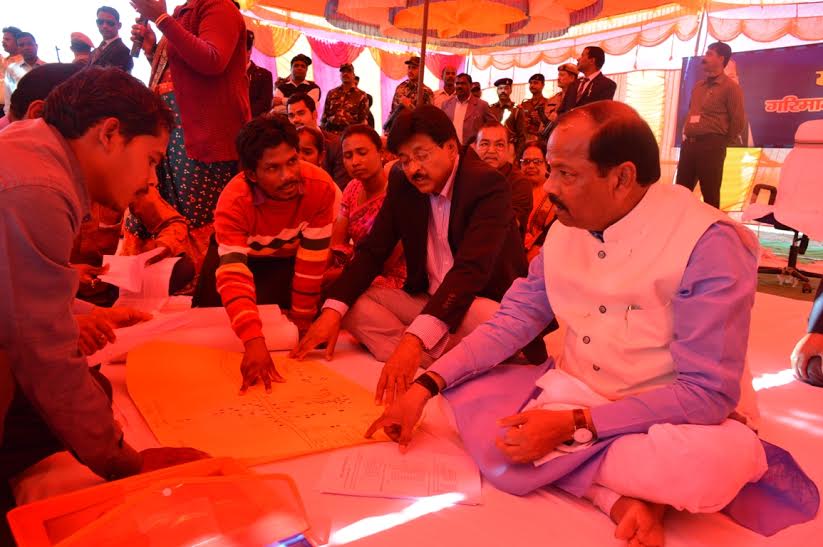 Stating that the ‘Make Plan’ programme was launched to involve the people in preparing development plan at the grass roots,the CM said that the fate of the village will change by following and implementing it.

Das appealed to the people’s representatives,state government officers and employees to take part in the campaign and ensure that the plan for development was formulated and implemented as per directives of the people.He informed villagers that the selected five ‘Mitra'(Friend or Representative) of the proposed Gramin Sachiwalya(Village Secretariat) will work together with the Mukhiya.

“Every Mitra will travel from village to village and hold survey of its resources”,said the CM informing villagers that Jharkhand will get Rs6000 crore from the Union Government under the 14th Finance Commission out of which Rs80 lakh will go to Panchayats straight away”,he said.

The CM assured villagers that within four years Jharkhand will emerge as ‘developed’ state and within 10 years,it will figure as a ‘developed’state in the country.”This requires positive thinking”,said the CM.

On the occasion,the CM praised Simdega Deputy Commissioner Vijay Kumar Singh for his efforts,work and commitment to develop Meramdega as a model village.He heard the complaints of the villagers,one after another,and directed the concerned authorities to solve them as soon as possible.