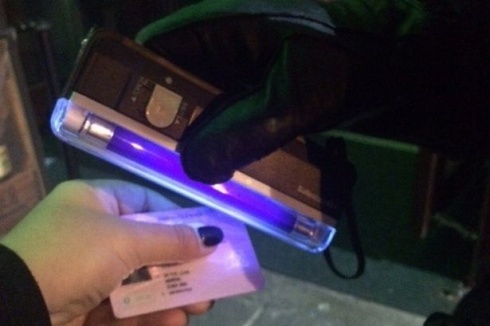 With an aim to check fraud and duplicacy,the Jharkhand Excise Department has decided to use ultraviolet lights on bottles of alcohol with effect from February 1..

In fact,the ultraviolet (UV) lights together with the hallmark sticker carrying the signature of Jharkhand Excise Commissioner are planned to be put up on bottles of alcohol.

Toward this end,the state excise department has released the hallmark sticker carrying the signature of the Excise Commissioner.

cThe retailers as well as purchasers have to identify counterfeit bottles of Rum,Whisky,Vodka and other spirits.”Shining the UV light on bottles identifies genuine duty marks to stop counterfeit alcohol and spirits reaching consumers”,said a state government officer.’If the move works,the intake of excise revenue will go up.”

“If we a’re taking any dangerous counterfeit goods out of circulation we are achieving our goals,” said Ashok Singh,a staff of the state Excise Department.