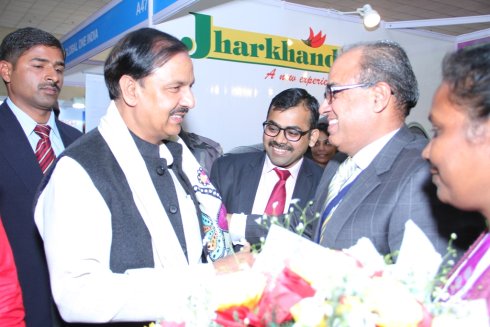 Prasing its pavilion,Dr Sharma opined that Jharkhand has created its own identity in the tourism sector.”The increasing number of tourists visiting this state rich in natural surroundings and religious sites proves it”,said the Union Minister.

Dr Sharma also praised the efforts being made by the state government to promote tourism.”The tourist sites are being developed.This will prove to be a milestone in the tourism sector in future”,he said.