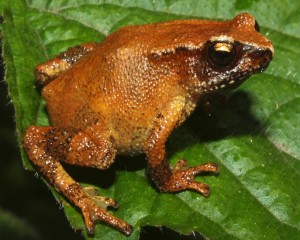 Found on a herb bush, a toad of only 24 mm average length, measured from its snout tip to its cloaca, has been discovered as a new species.

After identifying its unique morphological and skeletal characters, and conducting a molecular phylogenetic analysis, not only did Dr Aggarwal from Centre for Cellular & Molecular Biology, Dr Vaudevan from Wildlife Institute of India and Laboratory for Conservation of Endangered Species along with their team, introduce a new species,
but also added a new genus.

The new ‘Andaman bush toad’, as its proposed common name is, is described in a paper published in the open-access journal Zoo Keys.