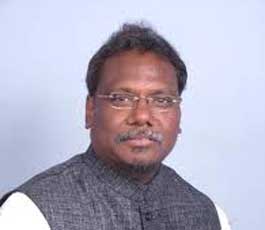 Former Jharkhand Pradesh Congress president Pradeep Kumar Balmuchu has demanded that Chief Minister Raghubar Das make public details of investments to be made in the state.

The Chief Minister is claiming that the state government has succeeded in luring investors. Then why doesn’t he make it public, asked Balmuchu.

Earlier this month, Das had claimed that an investment of Rs 58,000 crore have been attracted and of them, work on projects worth Rs 32,000 crore would begin soon.

Balmuchu said the state government should reveal the details of investment sector-wise and land allotted for the proposed units, if the claim is true.