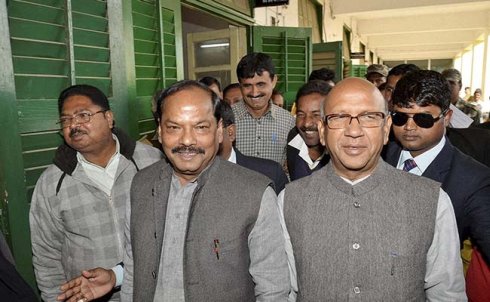 Jharkhand Chief Minister Raghubar Das and his cabinet Minister Saryu Roy appeared before a local court in a case of alleged violation of prohibitory orders during demonstration in 2008.

They have been facing charges including violation of prohibitive orders on May 9, 2008 when the party had called statewide agitation against the then Madhu Koda-headed UPA government.