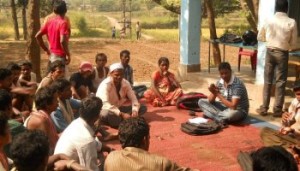 Financial data gathered by the state Finance Department revealed that Jharkhand led by the BJP government has performed statisfactorily this year(2015-16) in comparison to the previous year(2014-15).

As a result of the state government led by Chief Minister Raghubar Das’s commitment to implement the development schemes,nearly Rs 27,993.20 crore was utilised under the plan and non-plan sectors during April1-December 31 which turns out to be 50.44 percent of the total annual budget outlay for 2015-16,said Jharkhand Principal Secretary(Finance)Amit Khare today.

During this financial year,the expenditure under the plan sector had increased.This was evident from the fact that while during the period -April1-December 31 in 2014-15,the expenditure was R8209.30 crore, whereas during the current fiscal(2015-16) in the same period the expendditure was Rs 15,258.36 crore.”This is a subject of satisfaction”,said Khare.

He said that during April1-December 31,2015,important departments had collected Rs 9998.21 crore.The growth rate of revenue collection was 21.62 percent.’Efforts were on to increase the percentage of revenue”,said Khare.