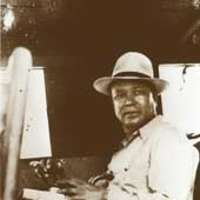 Jharkhand today celebrated birth anniversary of -Jai Pal Singh Munda.
Munda,born on 3 January 1903 to die on 20 March 1970) was a Munda tribal man, captained the Indian hockey team to clinch gold in the 1928 Summer Olympics in Amsterdam.He is well known for his sportsmanship and political action mobilising the Adivasis.
In the pre independence period,he had emerged as a sole leader of Adivasi cause and voiced the demand of a separate home land for Adivasis of central India.As a member of the Constituent Assembly of India he actively campaigned for the rights of the scheduled tribes.

His dream came true on 15 November 2000, when Jharkhand was carved out of Bihar. He is popularly known as”Marang Gomke” (Great Leader),the title given to him by the tribal people of Chota Nagpur region(now South and North Chotanagpur Divisions in Jharkhand).

Celebrating his birthday,former Jharkhand CM Arjun Munda said that ‘Marang Gompe was the voice of the Adivasis.Even today his opinions and actions were relevant,said the former CM.