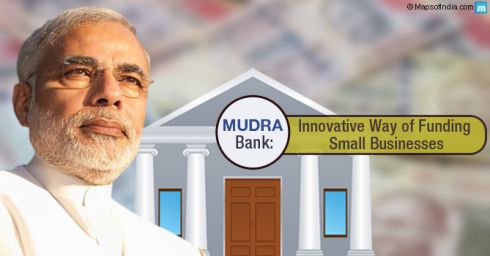 To promote the Mudra Yojna launched by Prime Minister Narendra Modi with an aim to suppor the small entrepreneurs of India,a workshop was organised in Ranchi today.

The workshop was jointly launched by the state Industry Department and the,Bankers Samiti.Addressing the workshop Jharkhand Industry Director K.Ravi Kumar said that Mudra Yojna is a fine scheme to help small entrepreneurs to help the Jharkhand economy grow and prosper.

Kumar,in the backdrop of the fact that the PM Narendra Modi had launched the Pradhan Mantri MUDRA (Micro Units Development and Refinance Agency) Yojana in New Delhi earlier,directed the bankers to create awareness and seek applications by January 20,2016.

He also stressed the contribution of small entrepreneurs in the economy and expressed confidence that within a year’s time, the major banks would also adopt the MUDRA model.

Appealing to the bankers to act and promote the scheme at the village level,he said in the state one often experienced that things revolved around mere perceptions while the details often paint a different picture.