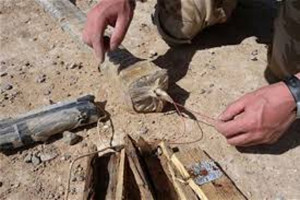 The Jharkhand police and paramilitary forces have recovered 59 improvised explosive devices (IEDs) in a joint operation from Maoist-hit Latehar district of Jharkhand, said the police.
The search operation was launched in Kumandih jungle under the Manika police station after a tip-off from an arrested Maoist activist Mithilesh Yadav, added the police.
The seized IEDs, which included 14 pressure cooker bombs and seven cylinder bombs, were defused by the bomb disposal team.