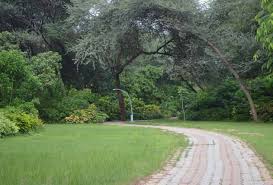 Jharkhand government has announced that the annual budget 20016-17 will come up with a special space for the persons with disability.

‘To continue education for the deaf,dumb and the blind students,the annual budget 2016-17 will adopt a programme and set up a special campus,said Jharkhand Welfare Minister Louis Marandi.

Addressing the media persons inside Suchna Bhawan in Ranchi today,Marandi said,the state government wants that the dream of all those deaf,dumb and blind students who were residents of Jharkhand comes true.”They too enjoy the life like other normal humans”,said the Minister.

Talking about achievements of the Department of her Ministry,she claimed that 34,26,667 students were provided scholarships.On these scholarships,the state government had spent Rs 23375 lakh.

She talked about the ongoing projects related with distribution of bi cycle,dress,use of residential schools and appreciated their process of implementation.

The Minister said that after Jharkhand was set up in 2000,projects to construct 507 hostels were approved.Of them,307 were constructed and 134 were not set up yet.

Marandi said.15 point committee was set up to turn the development programmes of the minority community into reality