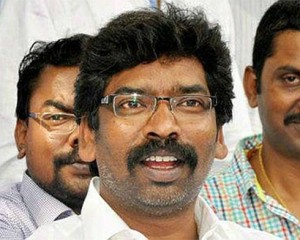 The opposition members entered the Well in protest against the Contractual Labour Amendment Act, 2015 and Contract Labour (Regulation & Abolition-1948) Jharkhand Amendment Act, which were passed on last Friday.

Leader of the Opposition Hemant Soren termed it as anti-labour as it would increase exploitation. He demanded a review of the Acts.