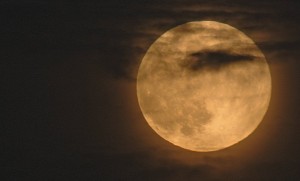 For the first time,the full moon will shine and brighten the night before the sun rises on the holi Christmas Day 2015.

“It will be the first full moon on Christmas Day since 1977, and it will shine overnight Christmas Eve as Santa and his reindeer make deliveries — peaking early Christmas morning”,reports al.com

As it is,the December’s full moon is widely known as a “Full Cold Moon.”It seldom falls on Christmas Day. “It is known as a full cold moon because December nights are the longest of the year, so the full moon gets long to shine, and temperatures typically are cold”,said the same a..com report.

Already NASA has reported that the next full moon on Christmas won’t come until the year 2034, so if you want to see the rare treat, this year is the only option for a very long time.