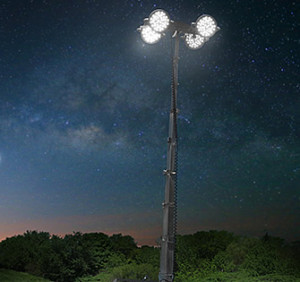 Come the new year 2016 and Ranchi will have mobile phone connectivity and brighter roads.

No joke.The Ranchi Municipal Corporation led by City Commissioner Prashant Kumar is out to use the electric poles to provide space for mobile towers in the heart of the state capital as well as ensure bright -light roads and generate revenue.

To do so,the RMC has picked up four companies companies – Infratel, ATC, Reliance Jio and Airtel – through a tender.Now,these companies are in the process to install 48 multipurpose towers near public places.

In turn,these will not only be used to fix antennas of mobile network but also LED street lights.More,the RMC will not have to spend any money.Rather it will make money as much as Rs 70 lakh annually.

In the past,the RMC not only struggled to maintain its road lights,but also spent lakhs to maintain them.

As per the RMC’s decision,these companies will not only have to cough up monthly revenues to RMC, but also install the lights and pay electricity bills. In case any one of them wants to uninstall the antennas from the towers, the high-mast lights will remain as RMC property.

A senior RMC officer told www.jharkhandstatenews.com that the installation work has already started at Birsa Bus Stand in Kantatoli, Bank Chowk at Harmu Housing Colony and Albert Ekka Chowk on Main Road, will be replacing the existing high-mast lights.

In consequence,the old high-mast lights have already been removed and big ditches dug for laying the foundation of the towers.

According to officials, once all the towers are in place, the city will look alive at night and people will have better mobile connectivity round the clock.

“Efforts are being made to complete the process of installation of the tower at Birsa Bus Stand first. The work is expected to be completed before Statehood Day on November 15. The remaining towers will be mounted gradually. By the end of this month, the entire project is likely to be completed,” said a senior RMC officer.

“The RMC has divided the areas under it into three zones. Each zone has a different fee structure to establish the towers with antennas and other necessary equipment,” he added.

“Zone A covers the areas from Kutchery Chowk to Rajendra Chowk, Hinoo Chowk, Ratu Road Chowk to Kanta Toli Chowk via Kutchery Chowk. Companies installing the towers at these places will have to cough up a monthly fee of Rs 12,000.

Zone B is from Hinoo Chowk to HEC Gate, Ratu Road Chowk, Booty More via Karamtoli Chowk up to Sujata Chowk via Siramtoli. This category also includes Ranchi station area, Patel Chowk, Argora and Kadru overbridge and entails a monthly fee of Rs 10,000.”

The remaining areas will be considered as Zone C for which the monthly rate will be Rs 8,000.The rates will be increased by 5 per cent every year.Public relations officer of RMC Naresh Prasad Sinha said the move would benefit them in many ways.