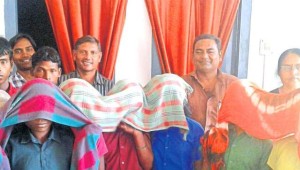 A tribal girl of Gumla district in Jharkhand has been rescued from Chhattisgarh’s Korba district, where she was forced into slavery for over 10 years and allegedly subjected to mental and physical tortures.

According to the police the minor was rescued from the house of a teacher couple who has been arrested and are facing charges for keeping a person as a slave under wrongful confinement.

The girl was brought by the couple to work as a domestic help when she was six years old. She was rescued by Childline 1098 services after a neighbour filed a complaint.