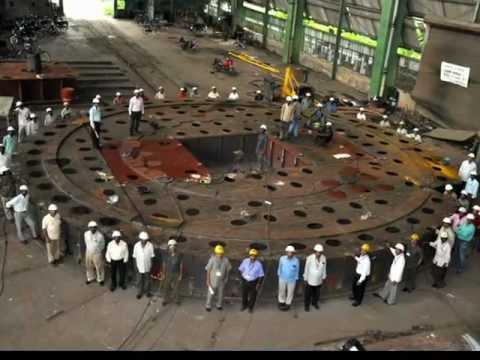 A good news is:The Ranchi based PSU-Heavy Engineering Corporation(HEC) is in the process to modernize itself by acquiring new technology to counter its downslide in performance recorded in recent years.

In fact,HEC,established in league with the Russians in 1960s,has not been able to renovate its plant.As a result,most of its machineries had turned obsolete.

Against this backdrop,HEC has been in touch with Russian Companies since last one year.A team of HEC representatives visited Russia in March 2015 to initiate the discussion with the renowned technological institute of Russian Federation i.e. CNIITMASH.

“HEC has been pursuing the above Company since then to have technical collaboration in the field of manufacturing Thermal Nuclear Power Plant, Ship Shafting’s and other Engineering Product along with creation of Centre of Excellence for ESR technology, welding technology, non destructive testing and gear manufacturing”,said a report issued by the HEC today.

Subsequently a technical team from CNIITMASH visited HEC in September 2105 followed by HEC’s visit to CNIITMASH in the month of October 2015.”Now the agreement between HEC and CNIITMASH has been finalized and is going to be signed on 24th December, 2015 at MOSCOW”,said HEC’s S.S.Subramaniam,Senior DGM(Public Relations Department).

This means that once the agreement is signed,HEC can slip into a new future by having new machines and latest technology in the field of Thermal Nuclear Power Plant and other Heavy Engineering areas.More,HEC can develop a specialized Centre of Excellence for providing skill development to the entire industry of the country.