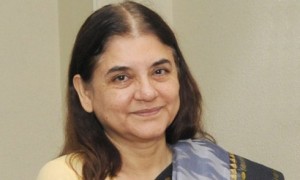 The Union government today announced to launch a special drive to recruit women as special police volunteers in every village to curb crimes against women and help for their uplift.

Union Minister for Women and Child Development Maneka Gandhi informed the Lok Sabha that there will be recruitment of special police volunteers in every village of the country from next month in which there will be at least one woman volunteer who should be 21 years old and class 12th pass.

Responding to a question, Maneka informed that the special police volunteers would keep an eye on the crime against women and also on those parents who do not allow their girl children to go to school.